Its All in Your Head

Fillings have electricity about 1000 times higher than the electricity the brain works on. The brain doesn’t like that. You have heard of Multiple Sclerosis. When fillings have a negative electrical current, you can measure it. If you take fillings out, the brain lesions leave. Over 1000 MS patients had an 85% recovery rate from MS by balancing the chemistry and giving the body the right raw materials. 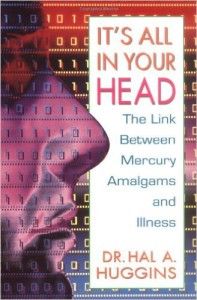 Its All In Your Head by Hal Huggins

In 1973 Hal Huggins blew the whistle on amalgam fillings. Dr. Huggins found that when mercury came out of fillings it caused leukemia. He was at first surprised at this finding, and went on to try to prove that mercury didn’t come out of the tooth. Dr. Hal Huggins, being an expert in body chemistry analysis, analyzed the blood of patients who were receiving mercury fillings. To his surprise, he found that mercury fillings were indeed poisoning the body. He brought his findings to the American Dental Association, who then proceeded to try to run him out of business.

Dr. Hal A. Huggins DDS, MSc has both a Dentistry degree and a Master’s degree in Immunology, plus over 40 years of research and experience in Holistic Dentistry. Hal Huggins is an expert in blood chemistry and cellular chemistry. He looked at calcium, cholesterol, liver function tests and white blood cells. He found that blood cell counts changed all over the place from placing silver mercury fillings. He then devoted many years of his life spreading this information to the dental profession and the media.

Hal Huggins and many other researchers and dentists believe that mercury is poisonous; it shouldn’t be in people. The Dental Association has not yet gone along with that. There is a good reason; according to Dr. Huggins, they own the patent on the “high copper” amalgam which puts out 50 times more mercury than the regular fillings. Billions and billions of dollars of lawsuits would result if the ADA admitted that mercury fillings were toxic to people. 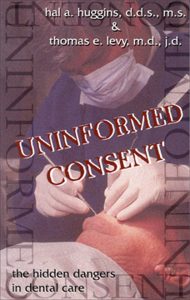 Conventional amalgam fillings contained about 3% copper. The Dental Association created a higher copper amalgam due to Hal Huggins’ concern about mercury in amalgams. This modern filling is still considered state of the art.

Root canals together with mercury make something much worse according to Dr. Huggins. You can learn more about Dr. Huggins in his famous books, Uniformed Consent, and It’s All In Your Head.

For 63% of people removing fillings at random can cause new health problems. When you remove the filling, the body doesn’t get better. What you have to do is get the mercury going out faster than it is going in.